About one month before the release of Segi’s new song titled Broken, the band had released the first track with a much lighter and an upbeat tempo. The latest release, Broken will set the core tone of the band and will help define the true vision of Segi in it’s path of musicianship. Broken, speaks entirely from the life experience of Segi’s vocalist; based on a period of his life, the song screams “a new hope” within all the hardships of life and relationship.

Segi chooses the concept of mellow or almost wailing at times and heavier sounding rock from the performance of all the instruments and vocals. This will be heard more in the future tracks that has already been written for which it has yet to be recorded properly. To the band’s surprise; the song Broken received some positive attention from the audience which gave comparison to some of the most prolific rock band in the world. “We are happy to share the music with anyone out there that are willing to give it a listen, what’s most important is that our emotion and our soul has been heard” says Ali in his recent quote discussing on Segi’s music choice. 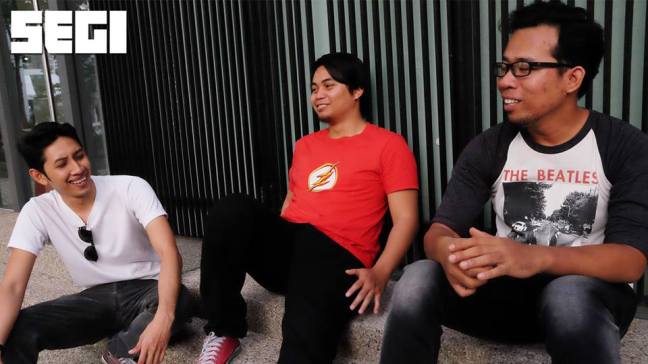 The future is still an unknown for the band and Segi is set to work on more and more new materials and contents for it’s listeners and potential followers. A much recent development has seen the band working closely with their merhandising partners to work on a completely limited and new merch package that will give a deep tour of the band’s vision through their music, art choices and even words and voices from the band members itself. “Music is such a wonderful medium of communication that it’s got to be shared with the rest of the world” says Shidi in his recent tweet. Segi is set to perform on the stage of ATAS on Saturday (5/5/2018) at 9PM as they sign off from performing live to give some space for Ramadan and Aidil Fitri set in May and June of 2018.